In this workbook, you will meet:

Anna (the leader/facilitator),
Daniel (the prophet),
Maria (the giver),
Cayden (the merciful),
Jesse (the servant),
Hiro (the exhorter), and
Sarah (the teacher).

Parents and guardians will learn why their children respond to life the way they do. You will learn why they get along with some children really well and others not so well, why some barely speak 10 sentences in a day and others are boisterous or flamboyant. You will see why they gravitate toward certain vocations. And, you will see that just because they came from the union of the egg and sperm they may not necessarily be a carbon copy of the two parents.

So, why is this really important? Here’s a good example: Sally tends to be rebellious and head strong. This is a common trait of a child that has a motivational gift of facilitation (leadership support). They are not rebelling against their parents, they are simply created to lead and get things done. To not ask permission is a natural tendency with someone gifted to take charge. When you know this you can develop their gift rather than put a damper on it.

The Discover Your Child’s Motivational Gifts  workbook will help you understand why your little ones express certain types of behavior. It is fascinating to watch them grow, isn’t it? They are so eager to learn.

There are work-spaces throughout the book for you to make notes and plan activities for your child’s development!

Each chapter (three through nine) will contain seven sections to help you understand the following information:

What is in the Parent’s Workbook?

Chapter 1 – Understanding the Will of God in Our Lives

a. Our role as parents and guardians
b. Are the motivational gifts to be used solely in religious service?
c. An example of someone that tapped into their motivational gifts
d. No one person is more-or-less important than another
e. Seek counsel and wisdom

Chapter 2 – Discovering Your Child’s Motivational Gift(s)
Chapter 3 – Hiro, the Class Clown, has the Gift of Exhortation
Chapter 4 – Anna Leads her Friends with the Gift of Facilitation
Chapter 5 – Maria has the Gift of Giving and is Anna’s Best Friend
Chapter 6 – Cayden Loves Animals and has the Healing Gift of Mercy
Chapter 7 – Daniel has a Strong Prophetic Gift
Chapter 8 – Jesse Loves to Serve his Friends and Family
Chapter 9 – Sarah has the Gift of Teaching
Chapter 10 – About the Anna’s Friends Book Series
Chapter 11 – How Environment Affects Operation of the Gifts
Chapter 12 – A Quiz for Children to Discover Their Gift

Plenty of worksheets to take notes and create a plan to develop your children’s gifts.

Elizabeth: “… This is a tool (the Anna’s Friends series) that I as a parent, as well as my children, have thoroughly enjoyed. It became the book that my three girls requested to read every night. Early in the study, they would each be so excited to see if the next character was the one they could closely relate to.

Then, when they had the exciting moment of figuring out their gift, I found myself being equally as excited. They enjoyed the questions at the end of the chapters in Book 1 that helped them figure out if they were like Maria, Anna, Jesse, Hiro, and so forth.

My youngest two daughters, ages 4 and 6, would squeal with excitement, “That’s me! I do that!” Interesting enough, not only did this book series help build confidence in each child regarding their gifts and how best to use them, but it helped build confidence in their “weaker” areas.

For example, my middle daughter, age 6, who has the gift of Mercy, realized that daydreaming is common for others who possess the gift of mercy, as well as the hesitation to jump in and make new friends.

She is less self conscience about these things now because she sees it as part of God’s design in her and others. It has encouraged her not to shy away from those areas, but to embrace them and grow.

Jody (Parent at the FPEA Convention in FL): She said, “I want to show you what I have been doing.” Jody opened her Parent’s Guide she purchased on Thursday and said, “I was up until 3:00 AM this morning reading and marking the charts for each of my children.”

This mother had color coded all seven of the check lists — there’s one at the end of each chapter — so she could determine each of her six children’s motivational gifts.

I was absolutely astounded that she took the time at such an action packed convention to make this discovery. We talked a bit about each child and how the information will affect how she is able to interact with her children now that she understands the special needs that each one have based on their motivational gifts.

Thank you Jody for being such an inspiring mom. You rock!!

Paola, Parent of 4: I started reading yesterday and I have to tell you…I AM HOOKED! You had my attention at the intro! To have this knowledge is priceless.

I LOVE what God is directing you to do. I’m getting tons of ideas on how to help you promote and help parents know about this book. Thank you so much!

I really believe it will help parent’s to be better encouragers of our children. I know this is something I really need! Thank you. 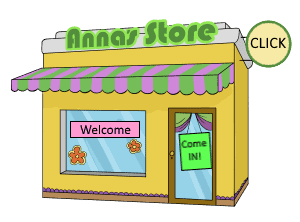 Anna is active on Social Media